Without and with character patch

Without and with first translation

Aquamentus and the first Triforce piece This picture appeared while (down)loading the game into the BS-X. The text below it reads: "The Legend of Zelda went on sale in 1986, and has reached up to 6 games in the series." 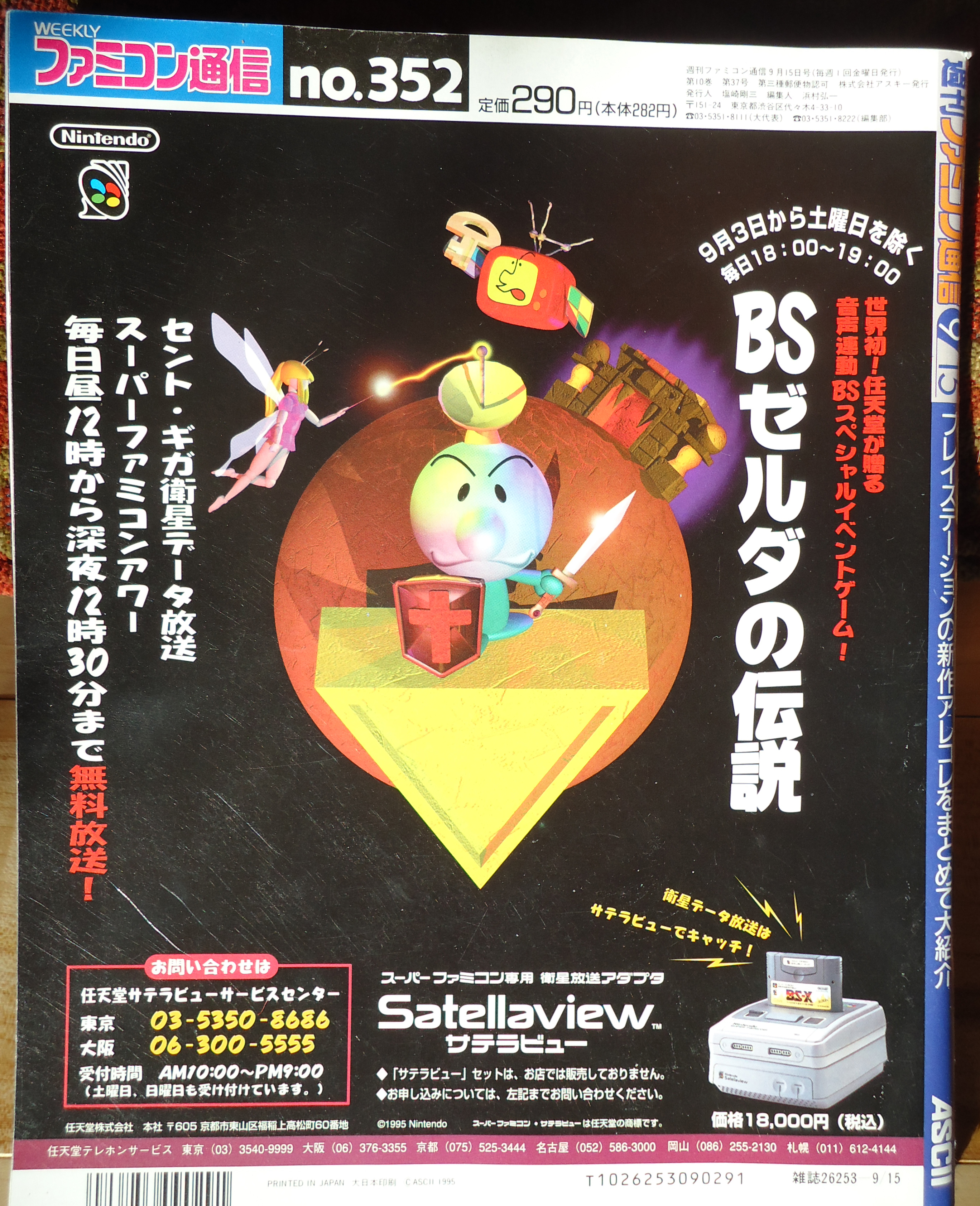 This is an AD that appeared on the back cover of Famicom Tsushin. No.352. September 15, 1995, kindly tracked down and bought by MadHatter.
It could be regarded as the only official art produced for the game.

Here are some pix from a beta version of the game and to the right their actual counterparts. Our thanks go to Vel (the ones with a red border) and KiddoCabbusses who informed us of this video by KuKun-Kun 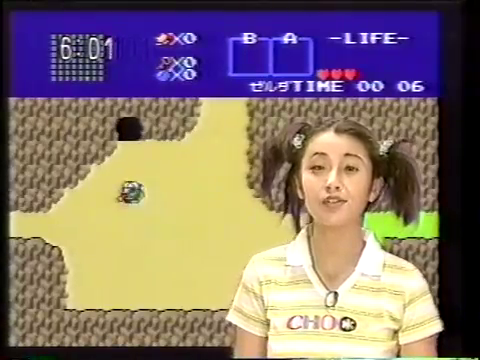 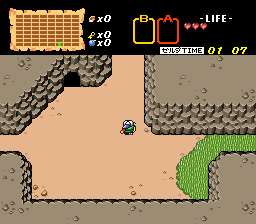 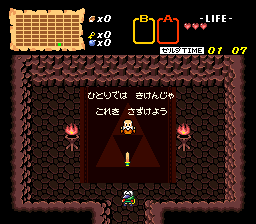 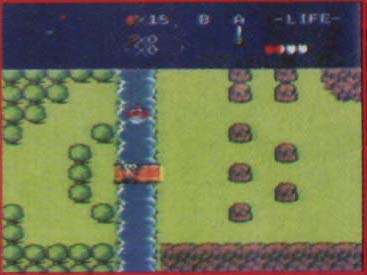 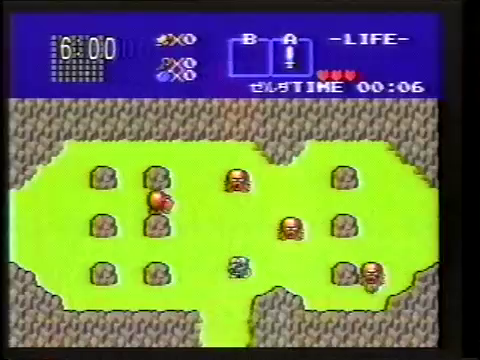 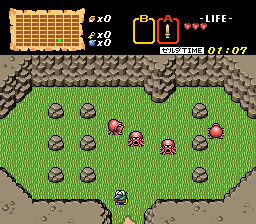 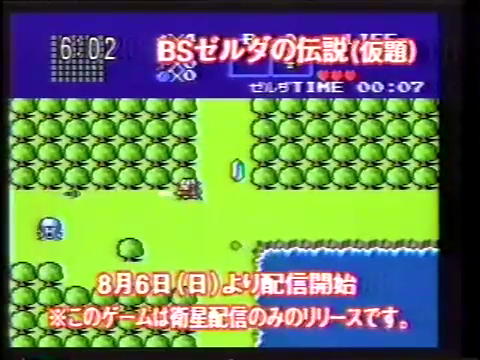 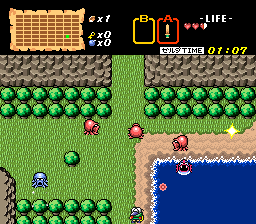 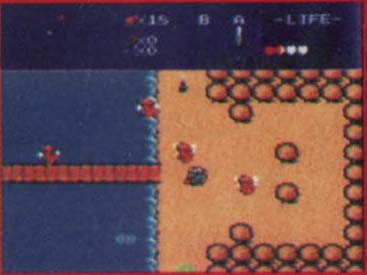 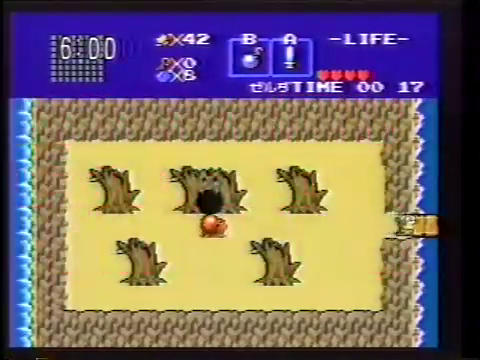 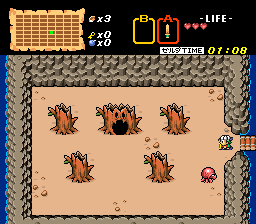 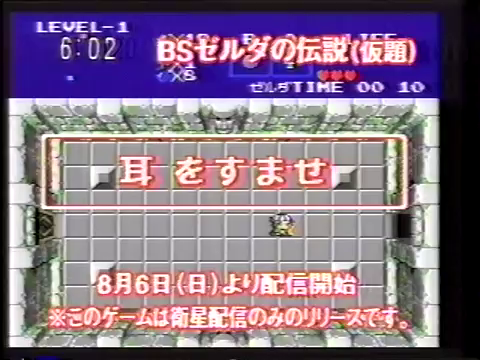 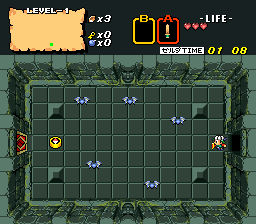 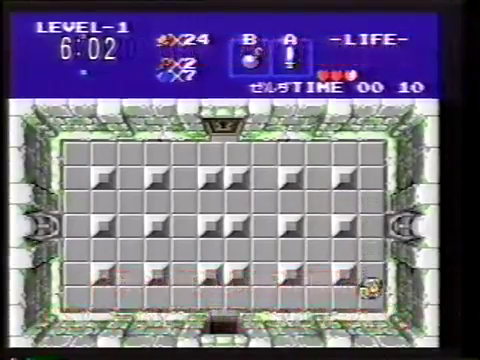 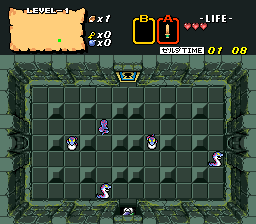 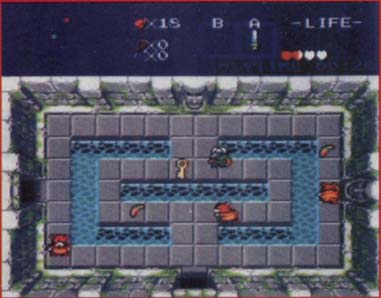 These two pictures by VEL were first fake shots of Ganon. Since then, we've luckily been able to see how it really looks like.

We all can now reach Ganon with Roto's awesome patch!